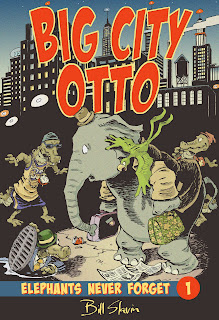 This week I was finishing the last bits and pieces of the graphic novel – title page, end papers and cover. It all went down to the publisher’s yesterday and this morning I woke up unemployed!
As we all know, you must, MUST not judge a book by the cover. But yet, as an illustrator, I know how important it is to get the book cover as right as possible. This will be the reader’s first encounter, and along with a brief  flip through and perusal of the jacket copy, will be the deciding factor as to whether your book gets read.
Whenever I do a book, I always prefer, if possible, to do the book cover last. By then I’ve had time to think about the book, what it’s about, what its essence is, and hopefully, have some ideas that can be distilled down to something that is eye-catching and, more importantly, captures the story.
When we were kids I think we were all frustrated by covers that were clearly done by someone who hadn’t read the story – small details that we knew were just dead wrong. But it doesn’t mean that the illustrator can’t stray from the text a bit because, as a cover, you’re not simply reflecting a part of the story, but rather something that is emblematic of the entire story. Also, there needs to be a tie in with the title, so that the title and cover image make sense as a whole. So what ends up on the cover might be a particular scene that captures the essence or it might be a constructed scene that doesn’t actually appear in the book itself.
Finally, the cover is something that most publishers are pretty hands on with. They may let you run fast and foot loose in the interior of the book, but when it comes to covers they will want their say. This can lead to multiple versions or, if you’re lucky or inspired, you may nail it on the first go.
Below are the three versions of the Big City Otto cover that I went through, along with the final art. I’m happy with where the cover ended up, and feel that it is a fairly good representation of what you will find between the covers.
Posted by Bill Slavin at 10:23 AM No comments: